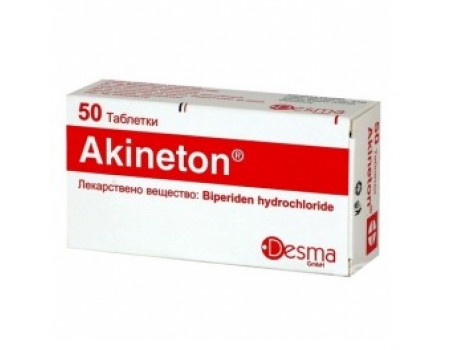 Contraindications
Akinetarr should not be used in patients who are suffering from elevated intraocular pressure untreated ( angle-closure glaucoma ) by mechanical constrictions ( stenoses ), in the gastrointestinal tract or the expansion of the colon ( megacolon ) .
Akineton should be used with caution in an increase of the prostate ( prostatic adenoma } , as well as by illnesses , which can lead to a dangerous increase in heart rate (tachycardia ) .
No evidence of specific teratogenic risk in the unborn child when administering Akineton. Recommended abstinence from its use during pregnancy ; especially during the first three months due to lack of experience. This requires an assessment of the risk / benefit to the mother and fetus. Anticholinergic agents may inhibit the formation and secretion of milk. In this respect Akineton ® for missing data. The active substance of Akineton passes into breast milk and can be reached concentrations similar to those in maternal plasma. Therefore, as a rule, in such cases should be stopped breastfeeding.


Undesirable effects
Adverse reactions occur especially at the beginning of therapy and at too rapid increase in dosage. Except in tezhkostepenni komppikatsii should avoid abrupt discontinuation of therapy due to the risk of preaalirane the opposite regulation. Older patients , especially those with organic brain changes of vascular or nursing type , can often exhibit increased sensitivity to the substance even at therapeutic doses.
As tsentrapno nervous side effects occur tiredness, dizziness and lightheadedness , but mostly at high doses no- anxiety , agitation, anxiety, delirium . confusion, impaired memory and sometimes rare illusory perceptions ( hallucinations) . There was abuse and biperiden . This effect may be associated with the observed sometimes increasing mood and short euforiairasht effect .
According to the results of experiments in animals , such as centrally antiholinerichni Akineton may lead to increased tendency to cerebral seizures. This should be considered when appropriate disposition .
Peripheral side effects are dry mouth, visual disturbances ( akomodatsionni disorders) , reduced sweat secretion , constipation, stomach pain, acceleration and rarely slow heart rate
In rare cases, it can lead to disturbances in bladder emptying , especially in patients with an increase of the prostate gland ( dose reduction) ; very rare to urinary retention . Been observed single allergic skin reactions and motor disorders ( dyskinesias ) caused by biperiden and violations of coordination of movements (ataxia ) , muscle twitching and speech disturbance .
Tsentralnonervnite and peripheral side effects , especially in combination with other centrally acting drugs , alcohol or other anticholinergics may lead to a decrease in the ability to drive motor vehicles and servicing of machines.

Interaction with other drugs
Combination with other drugs such as antiholinergichnodeystvashti psihofarmaka , anti-allergy medications ( antihistamines ) , antiparkinsonian drugs and antispasmodic drugs can lead to the strengthening of the central and peripheral side effects .
When concomitant administration of quinidine may lead to increased anticholinergic action (especially AV- conduction ) . Concomitant use of biperiden and levodopa can lead to increased motor disorders ( dyskinesias ) . Tardive dyskinesia induced by prolonged treatment with neuroleptics may be enhanced by biperiden . Sometimes parkinsonian symptoms in tardive dyskinesia are so burdensome that anticholinergic therapy remains necessary .
Anticholinergics may enhance tsentralnonervnite side effects of pethidine . In use of biperiden can increase the effect of alcohol . The action of metoclopramide therapy attenuates with biperiden .


Dosage and method of administration
Therapy Akineton begin gradual dose is dependent on the desired effect and side efekti.Opitat with Akineton in children is limited and extends in the first instance on a limited in application to drug -induced movement disorders (eg neuroleptics IME methoxide lopramid and similar compounds) . The tablets are taken during or after a meal with water.
Unless otherwise prescribed nothing apply the following recommended doses : Parkinson's disease : Treatment with adult starting with 2 x 1/2 tablet per day . The dose may be increased up to 1 tablet per day. In elderly patients, particularly those with pre - organic brain dis - order , careful dosing
Total maximum daily dose is 8 tablets. The daily dose should be distributed evenly throughout the day.
After reaching the best performing and tolerated dose may be switched to therapy Akineton. For drug-induced and other extrapyramidal movement disorders: Adults take to the level of violations as accompanying therapy to neuroleptics 1-4 times daily half to 2 tablets children otZ to 15 years 1-3 times 1/2 to 1 tablet . Therapy in other extrapyramidal movement disorders is slow weekly rise in initial dose of 1 tablet per day to a maximum tolerated dose that can surpass many times the maximum dose in other application areas .

Recommendations for storage
Akineton should not be used after the expiry date .
Drug- Keep out of the reach of children !


Dear patsienti.Mezhdu various application areas Akineton, the most important are Parkinson's disease and disorders accompanying to various medikamenti.Nezavisimo why your doctor has prescribed Akineton, you should know that the following recommendations are general and must be strictly followed:
- The prescribed dose is individual . Therefore follow carefully the instructions of your doctor.
- Arbitrary changes in dose or abrupt discontinuation of Akineton possible to avoid . In case of side effects , contact your doctor .
- Akineton composition is well tolerated. Patients respond differently to certain doses and your doctor will take into account that in the appointment of preparation. For all side effects of Akineton were dose , your doctor may reduce or eliminate them completely by dose
Adverse events that occurred during the period of saturation often otshumyavag themselves after some time.
For patients with Parkinson's disease , some specific suggestions:
Along with the regular taking of medication for you is very important active body movement , eg . gymnastic exercises , swimming and more. tailored to your capabilities.
In 1981 , on the initiative of Knoll, assisted since 1988 From Nordmark Arzneimittel GmbH, a self-help organization for t. called DPV ( German organization of Parkinson's ) . It develops in more than 100 regional groups exchange of experience in order to help patients and their families to overcome various problems of a social nature or daily 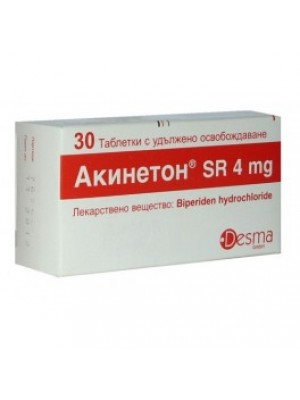 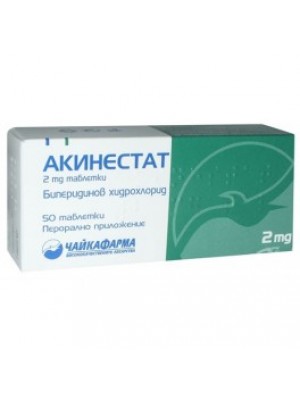 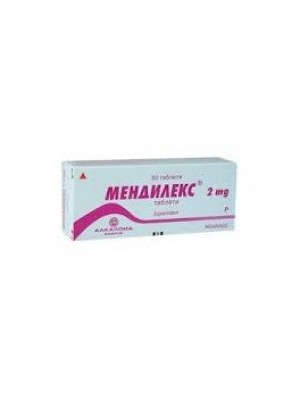